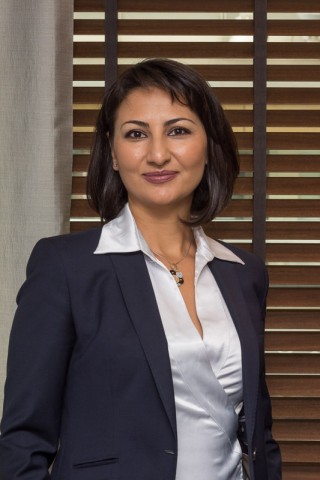 The Surgeon Ophthalmologist Kyriakidou Nadia was born in 1977, in Dhzambul, Kazakhstan (former USSR), from a family of Greek refugees. She graduated the general school with honors. and was among the top successful students to be admitted at the Tsimkent Medical Academy in Kazakhstan, where she studied for four years.

In 1998 she moved to Greece with her family. She studied at the School of Philosophy at the Aristotle University in Thessaloniki, at the Greek Language department. In 2000 she further continued her studies at the Medical School of the Democritus University of Thrace, from where she graduated in 2004.

Between 2005-2006 she served as a rural doctor at the multipurpose clinic in Dryopida, in Kythnos.

In 2006 she began her specialty in Ophthalmology, at the 424 GSNE, and at the same time she was a research partner of the Ophthalmological Institute ‘Diathlasis’.

In 2007 she continued her specialization at the General University Hospital of Athens “Attiko”. She served as a research associate at the Center for Macular Degeneration in Attica.

During this time she participated in numerous trainings for trainee doctors.

In 2010 she acquired her license in Ophthalmology and has been resident fellow at the Ophthalmological Institute ‘Diathlasis’, acting as head of the contact lenses department.

In 2011 she served as a volunteer doctor during the Athens Special Olympics.